Hello, this post is part of our creative writing linkup for teens and tweens. It is dedicated to my turtle, named Wurtle.

His name was originally Kristal when we thought it was a girl, then we thought it was a boy and renamed it Kris. We still are not sure what its gender is, so its nick-name, Wurtle has sort of become its permanent nickname / real name.  Wurtle is a red-eared slider that we found in our pool. My dad was getting the pool ready after the winter and was putting Shock in the pool. After he had poured the Shock in, he found the turtle. He brought it in the house in a container and showed it to us. We were in the classroom doing history at the time and were studying Kristallnacht (Also known as The Night of Breaking Glass). When he told us he had just used Shock in the pool we were scared we might have blinded the poor turtle so we decided to keep it. When we first got Wurtle, he was about the size of a quarter, now he has grown to about the size of my hand. He is a huge eater… eating close to a can of turtle food in a month. My brother, Chase, trained our turtle to bite your fingers. We used to hand feed Wurtle and when he bit you when he was little, it did not hurt. Recently, when I was hand feeding Wurtle, he bit my hand and just wouldn’t let go! I could have dragged him around the tank with him still attached to my finger. That was unusual, most of the time he let go after a few seconds. I have been working on getting it out of the biting stage and now, it won’t even eat out of my hand anymore! So now I put the food in the water and on a fake log for it to eat.

Our turtle is in our classroom, and it just so happens that it is right beside my brother Gage and close to me. The reason why I like this is because it is very calming to watch and hear. Turtle swims around the tank a lot and dives off the rocks. The sound of water is nice and our filter has a waterfall, so it’s pretty to look at too! Since the turtle is in our classroom, it became part of our school work too. Mom wrote a post about some of the works we used to study about turtles.

When we first got Wurtle, we had to do lots of research to learn all about red-eared sliders. We needed to know how to take care of it so we researched things like:

These are the books we used to research turtles: 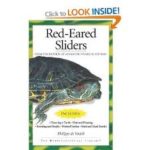 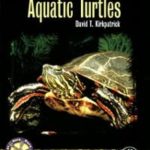 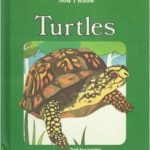 We quickly learned that keeping a turtle healthy and happy is a little bit of work. Not so much that we didn’t want to keep it, but more than we expected. One thing that we found out the first week… turtle tanks get dirty and FAST! That was the worst part of taking care of the turtle in the beginning. We had to clean the entire tank every week to keep the water clean. Until mom bought a Viquarium. That was the best thing we found to help keep the turtle tank clean. Here is a video from the company that makes it.  We highly recommend it!!

Do you have a turtle or other reptile?  Tell us about it!